Paper doesn’t grow on trees, according to activist and businessman Paul Stanford.  The founder of Tree Free Eco Paper prefers making paper for printing and writing from high-fiber weeds.

Plants such as hemp produce more usable fiber per acre than trees and are naturally pest-resistant.  Hemp paper is easily bleached with peroxide instead of chlorine.  And because it’s acid-free, the paper doesn’t yellow or crumble for hundreds of years.

Originally based in Portland, Oregon, Tree Free imported Chinese paper made from hemp and cereal straw since 1992. In the early 90’s the company began producing its own hemp-based paper, the first made in the United States since World War II, at a Massachusetts mill.

Hemp paper has a long history in this country; George Washington and Thomas Jefferson were hemp farmers.  But because hemp can be bred for drug use, the United States outlawed its cultivation in 1937.  That forced Tree Free to import its raw materials. 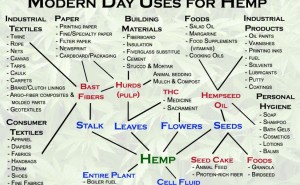